On Saturday, we crammed in a lot of things.  First off, Alayah and Louie were in a kids triathelon.  I mostly took videos, but here's a blury pic of the start of the swim leg. 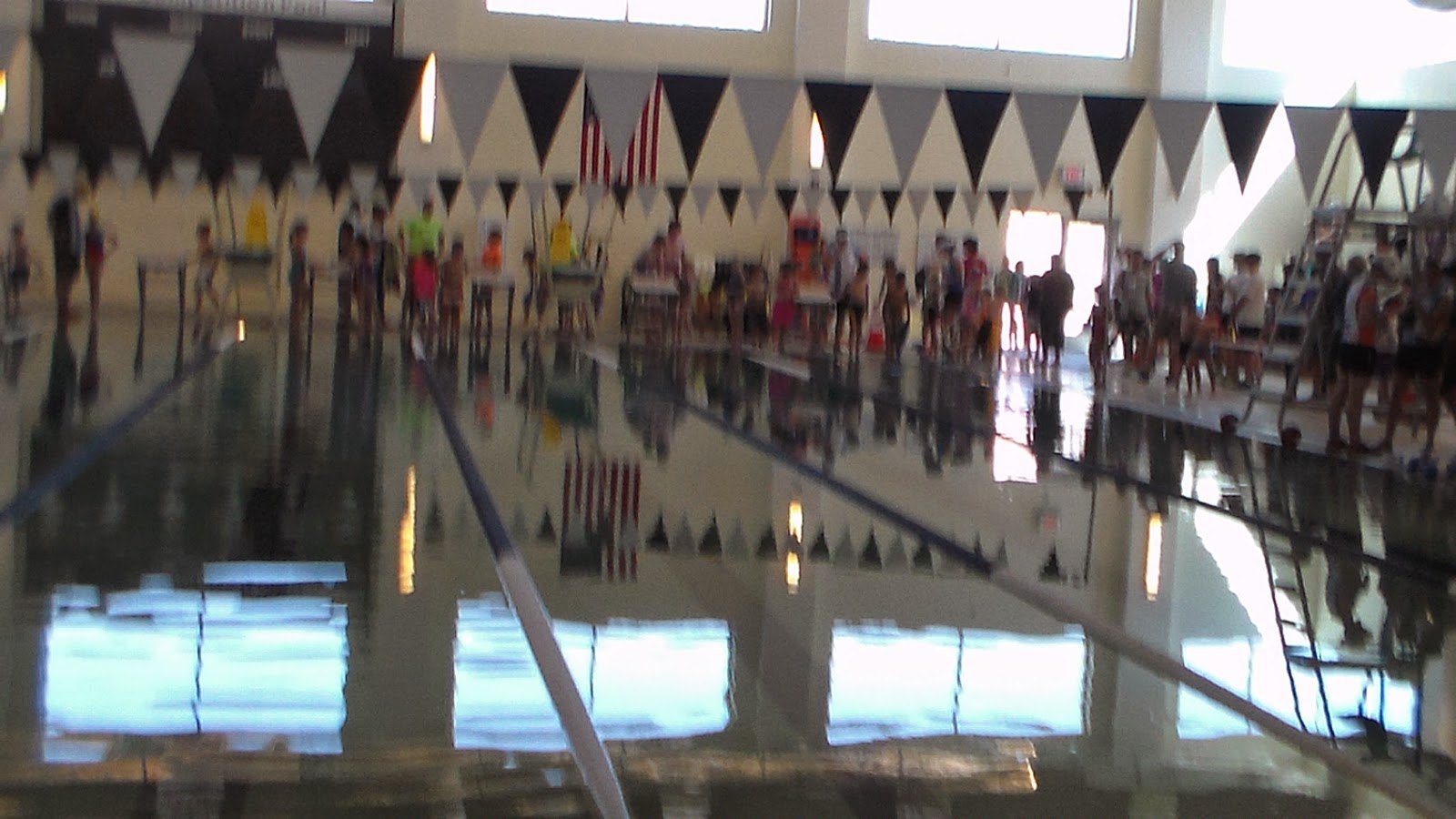 Both Alayah and Louie did a great job

Here's Louie at bat and coming in to home base. 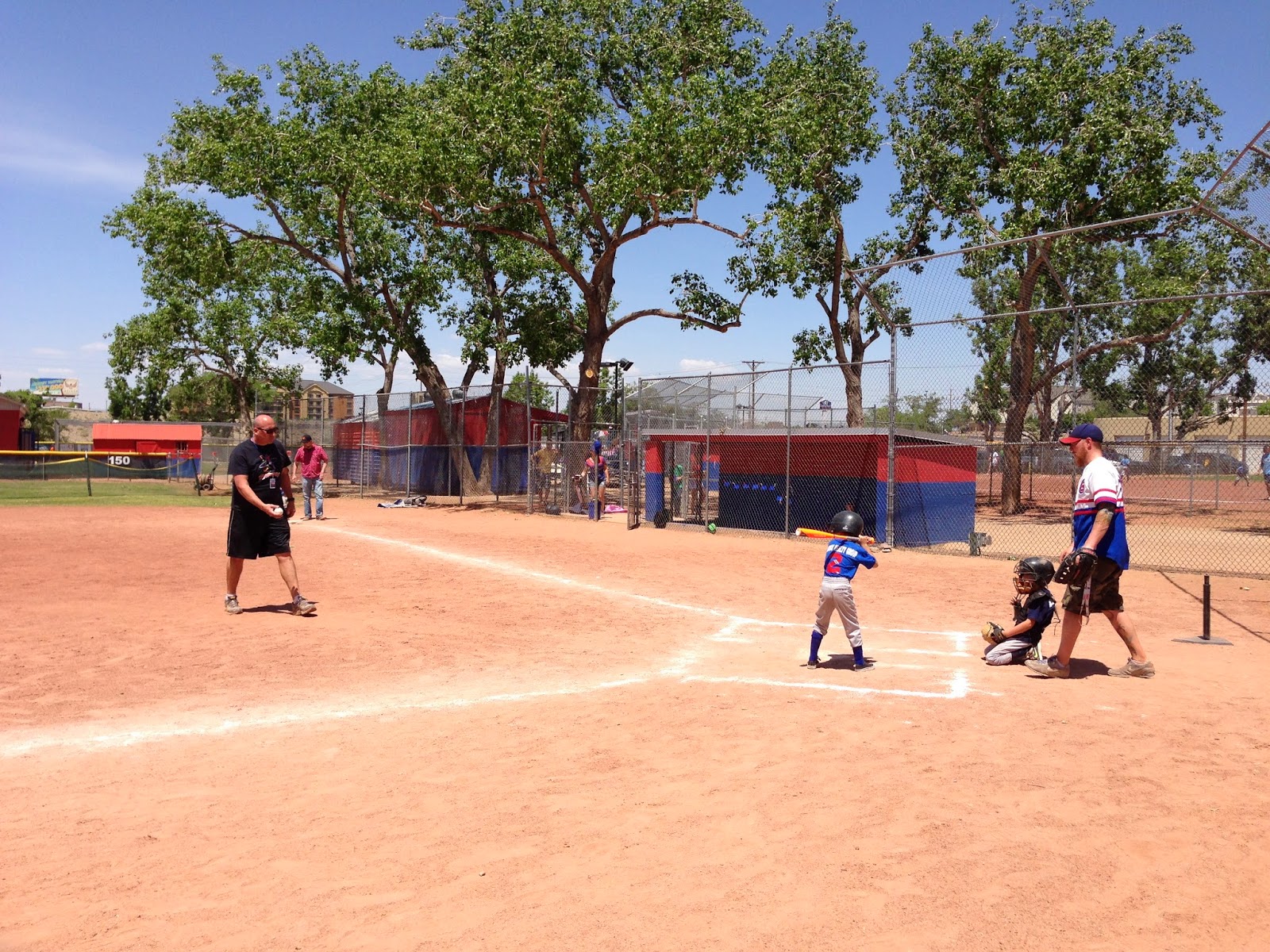 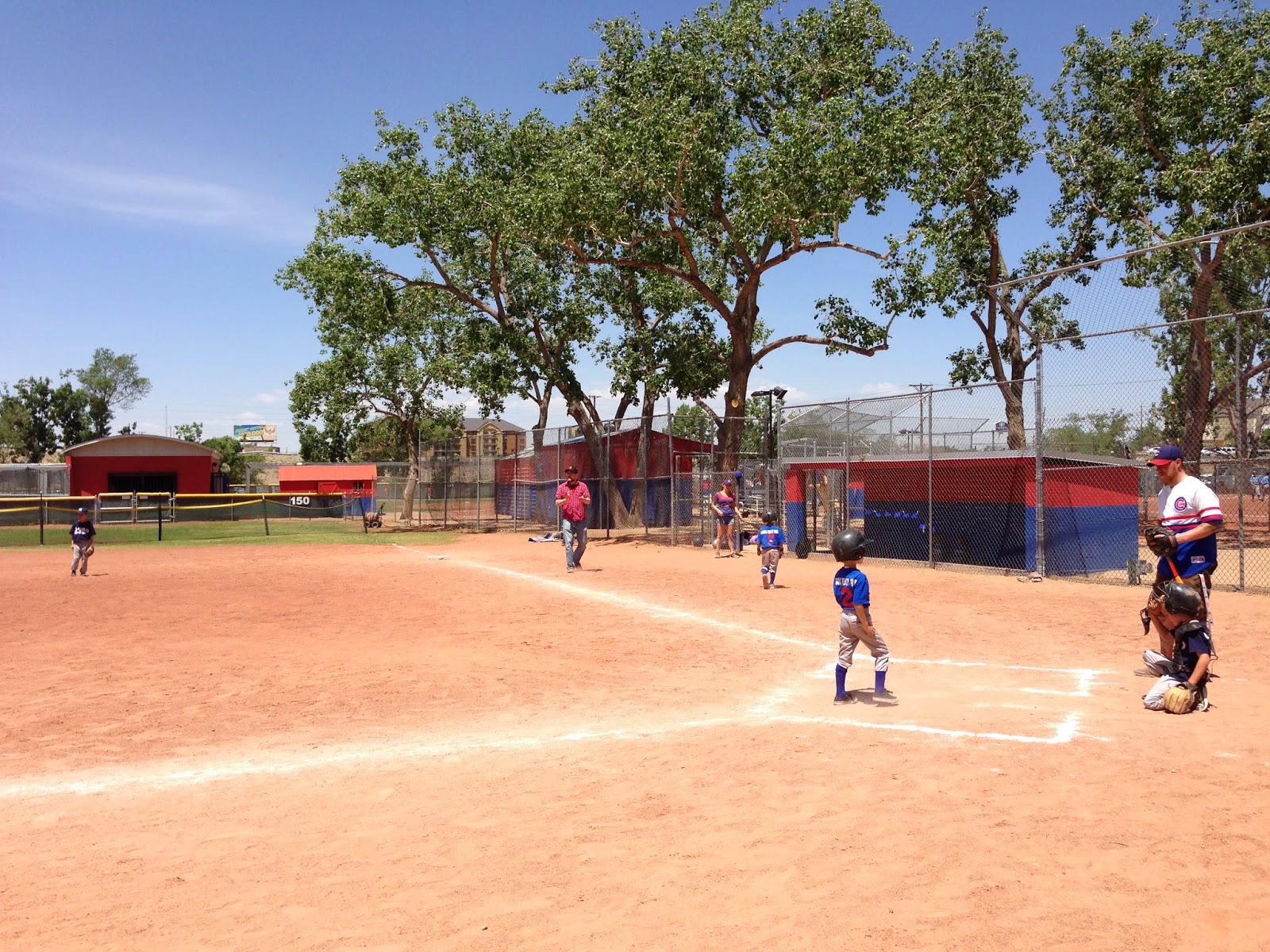 Next up was Alayah. 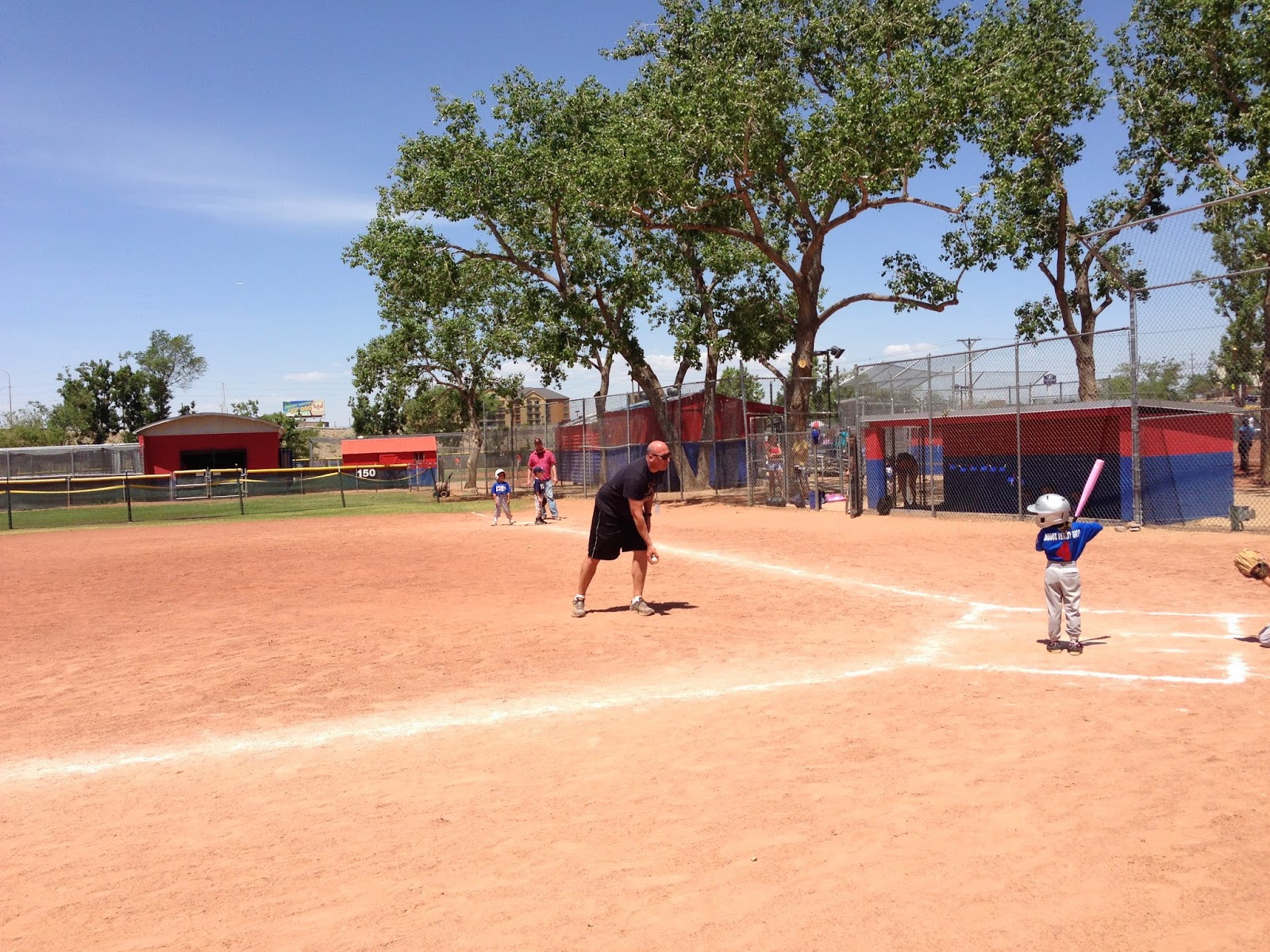 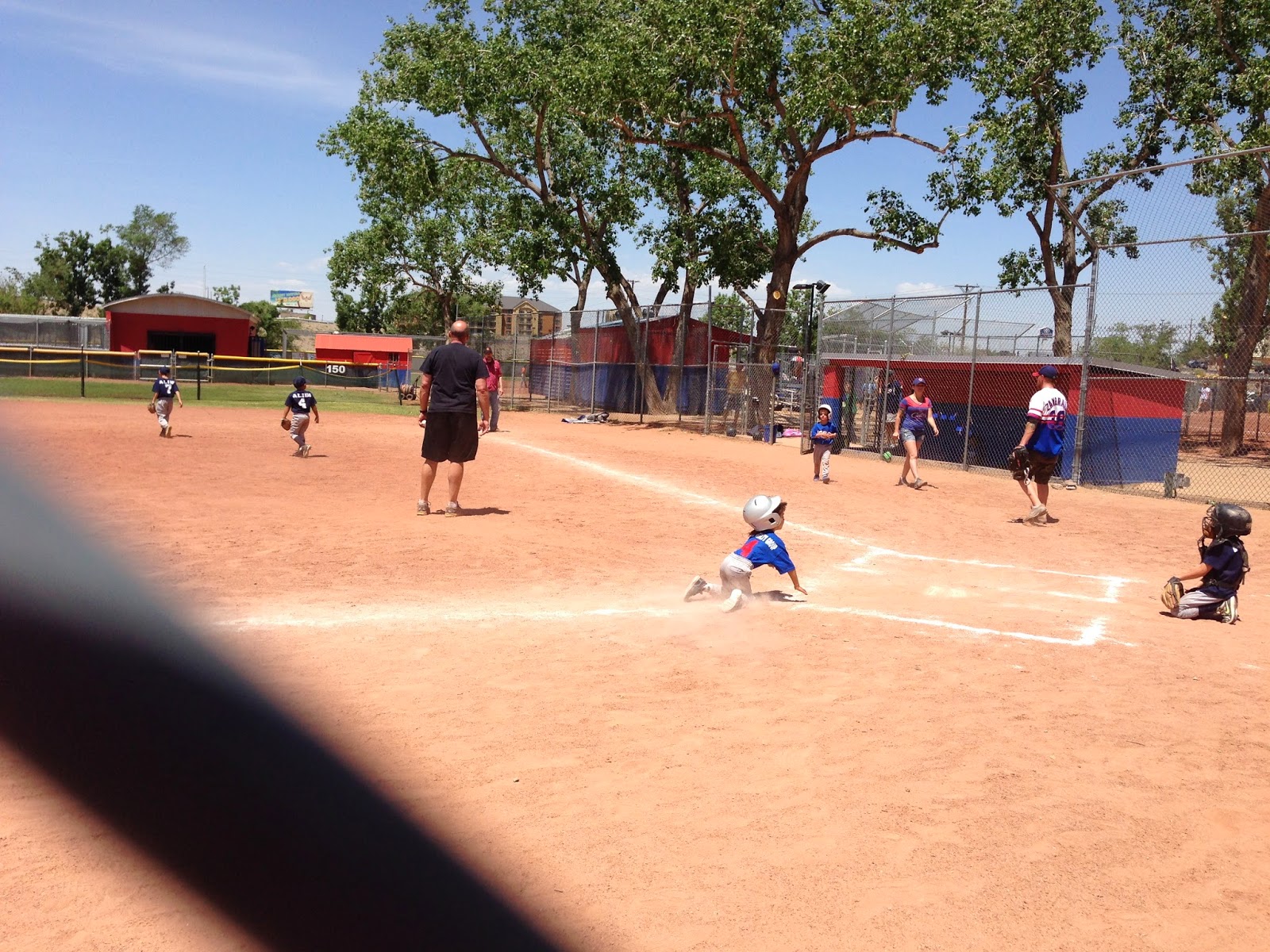 Then, we met C's sister to celebrate her graduation—with ice cream, of course.

Finally, we loaded up the van and drove up to Santa Fe.  We stayed with friends of C's and I now have 6 degrees of separation with Mandy Patinkin and Bob Woodard.

Sunday was the day of the Santa Fe Century bike ride.  The trail starts in Santa Fe, heads down toward Albuquerque, then they turn around and ride back up the mountains.  Here's the biker boy eating his breakfast.

While he was riding up hill and dale, the girlz decided to have way more fun.  We visited the Pecos National Historical Park, situated in the Pecos Valley.  The area was first inhabited in 1100 by Pueblo Indians. 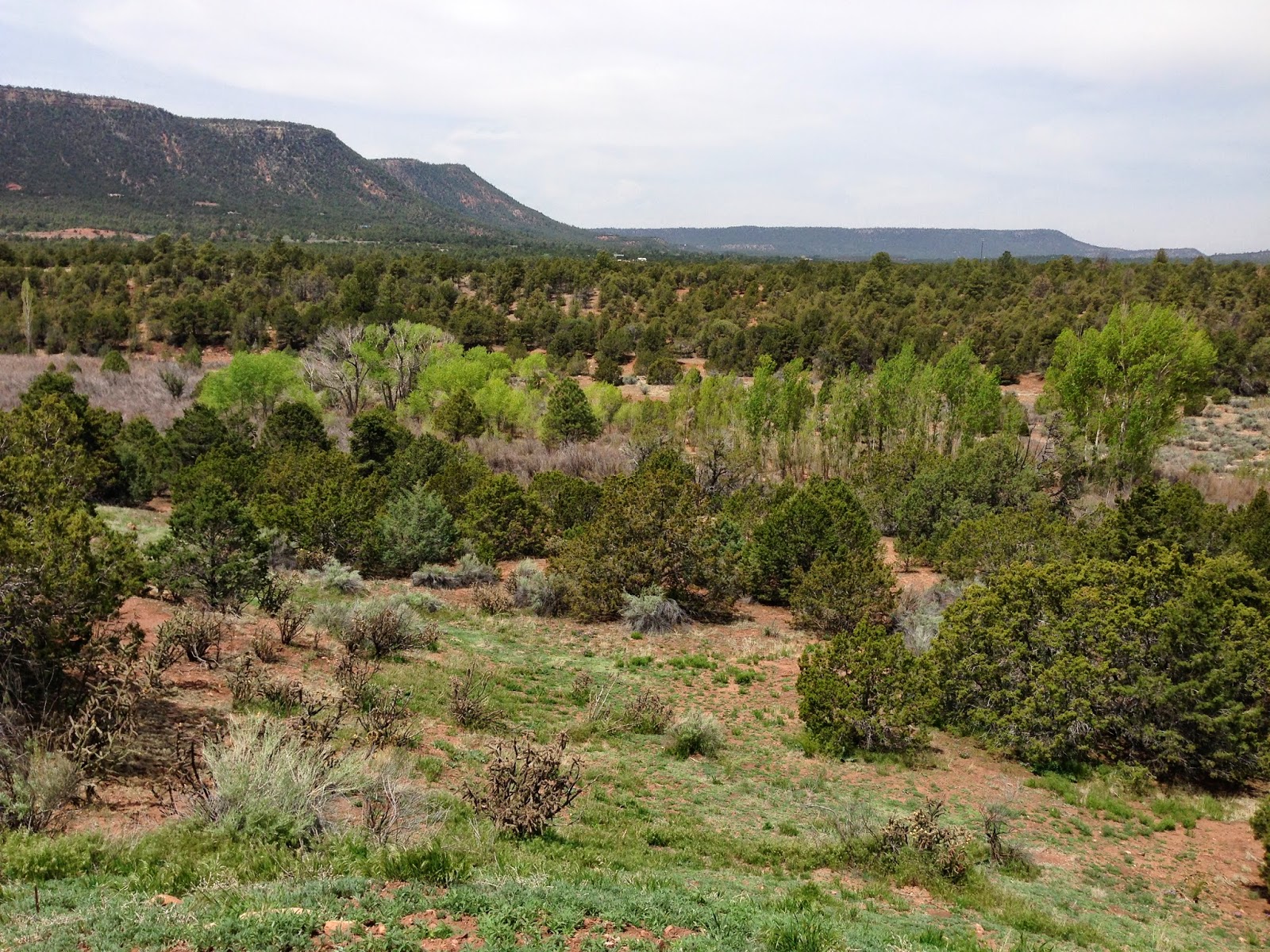 The population eventually grew to 2000 by the 1400s and became a large meeting center where goods were traded between the Pueblo and Plains Indians. 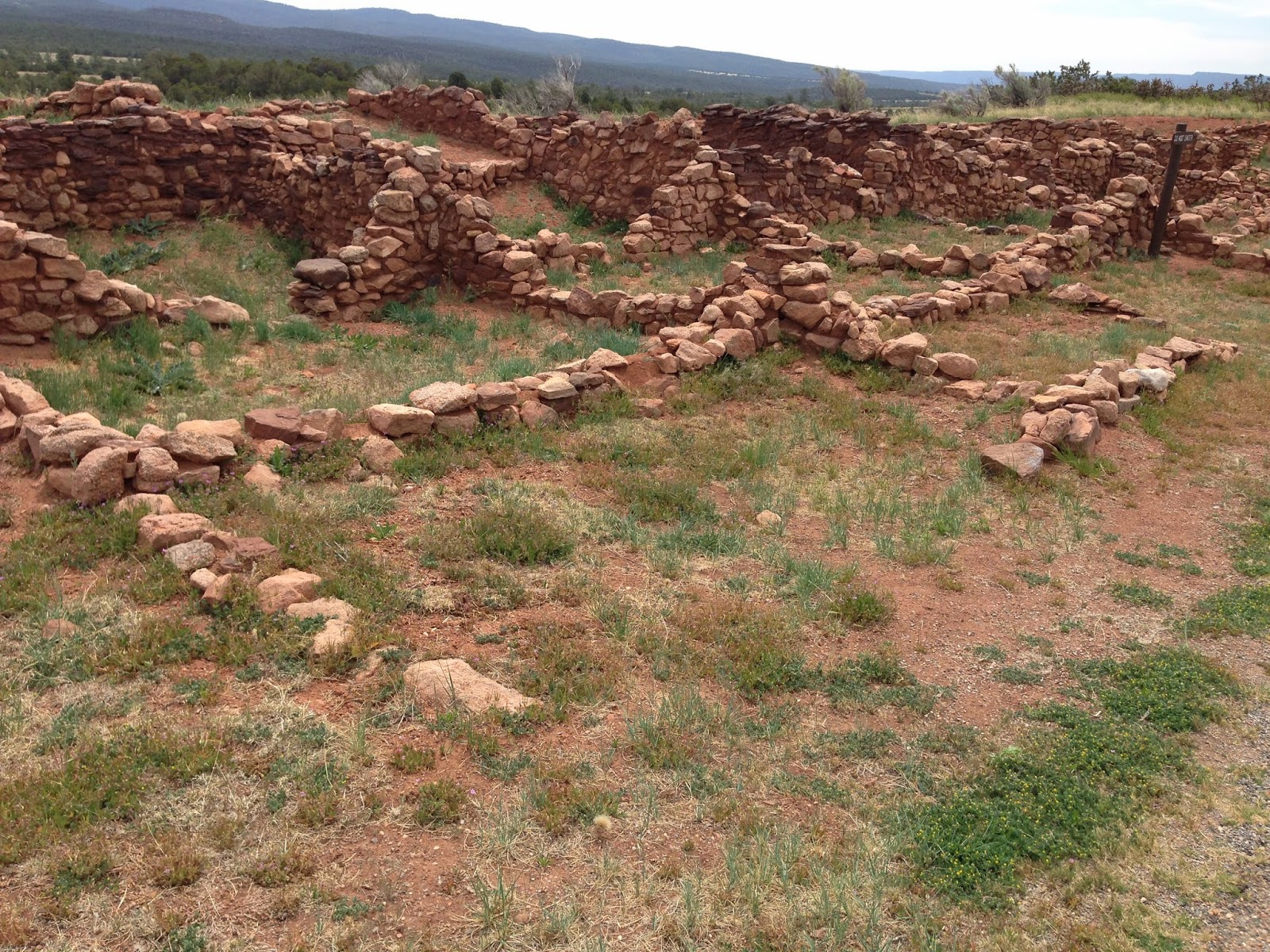 Just imagine these remains being walls that were four stories high.

Part of their culture involved ceremonial Kivas.  These were underground, circular rooms accessed by climbing down ladders. 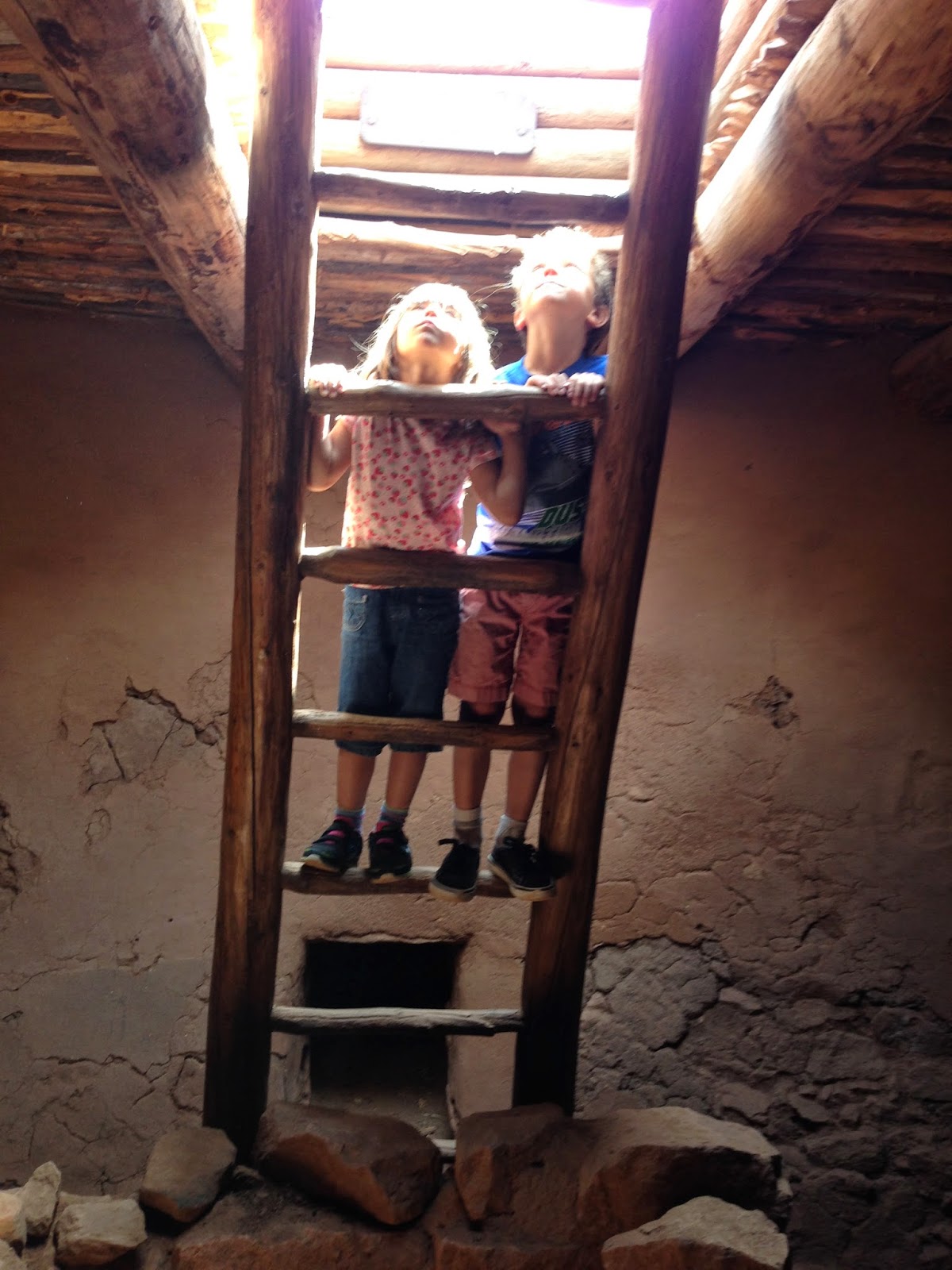 These ceremonial and social places symbolized the connection between the underworld and life above ground. 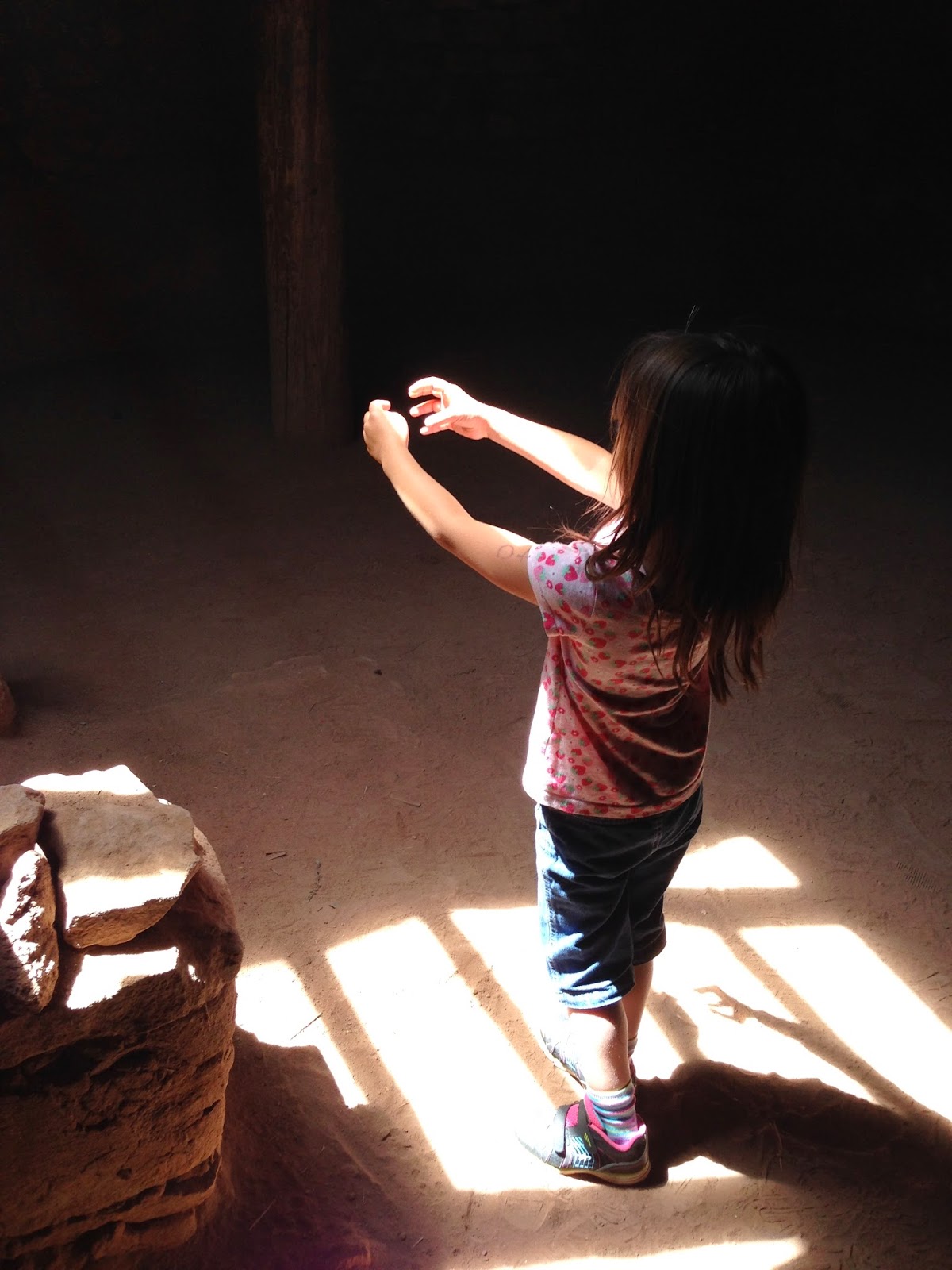 In 1598, the Spanish arrived in New Mexico and quickly changed the way of life for the Native Americans, building churches to convert them.  Only the bare remnants remain. 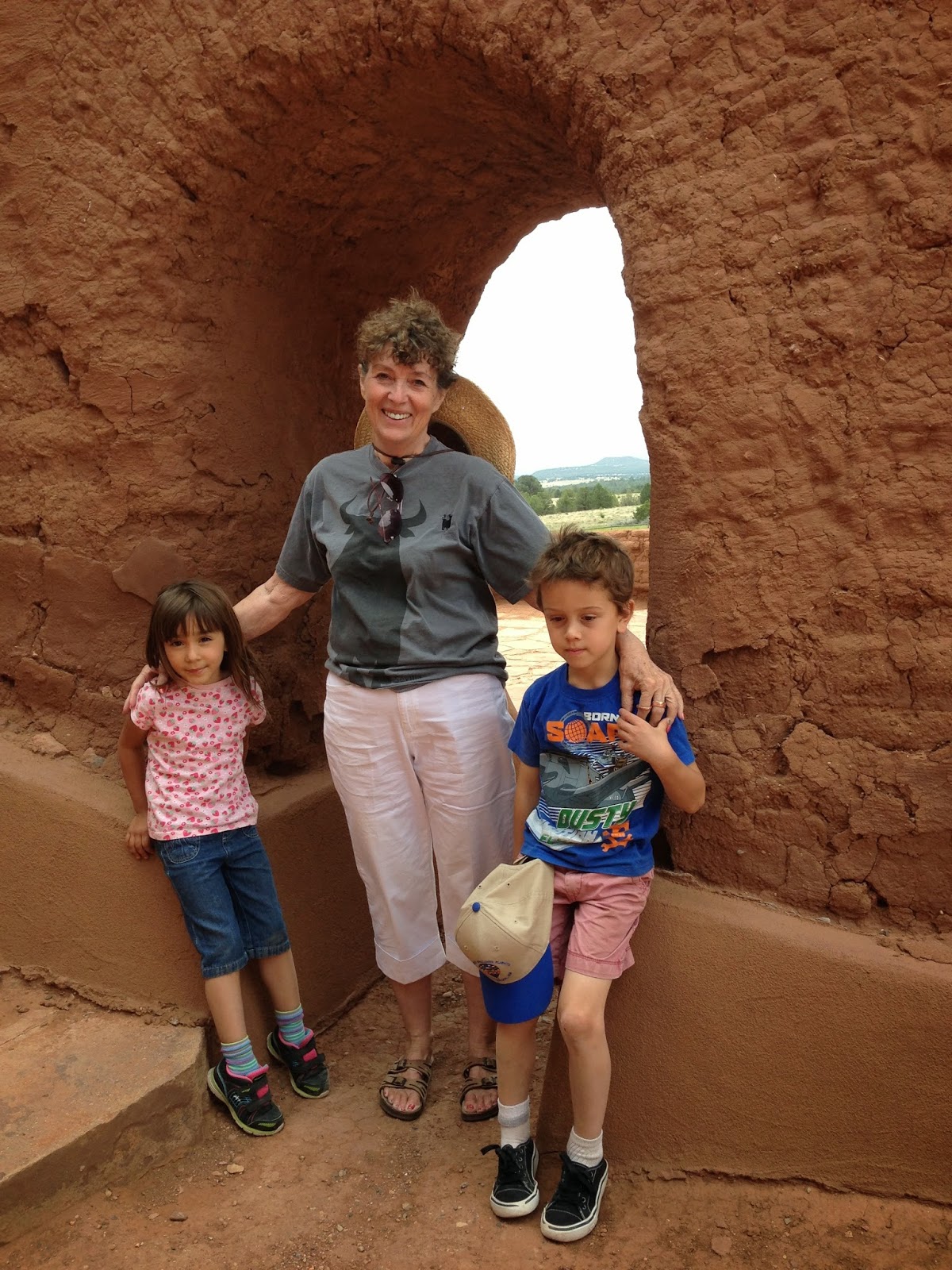 Returning to Santa Fe, we stopped at KaKawa for  the most decedent beverage ever.  It was like drinking a melted dark chocolate bar. 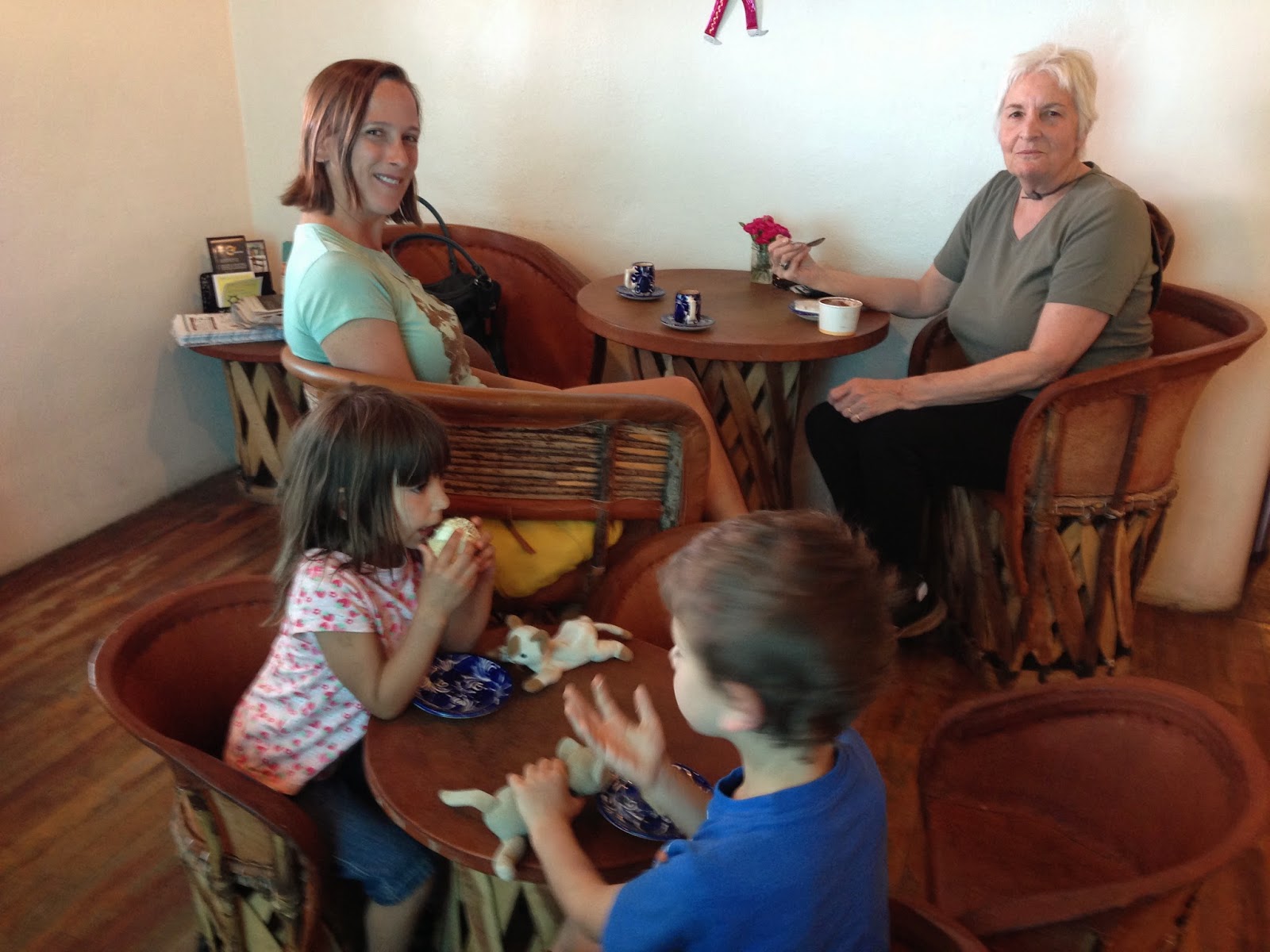 Not long after we returned to the house, the biker boy returned, beating his own time from the ride last year, not too much the worse for wear, but impatient with the picture taking. 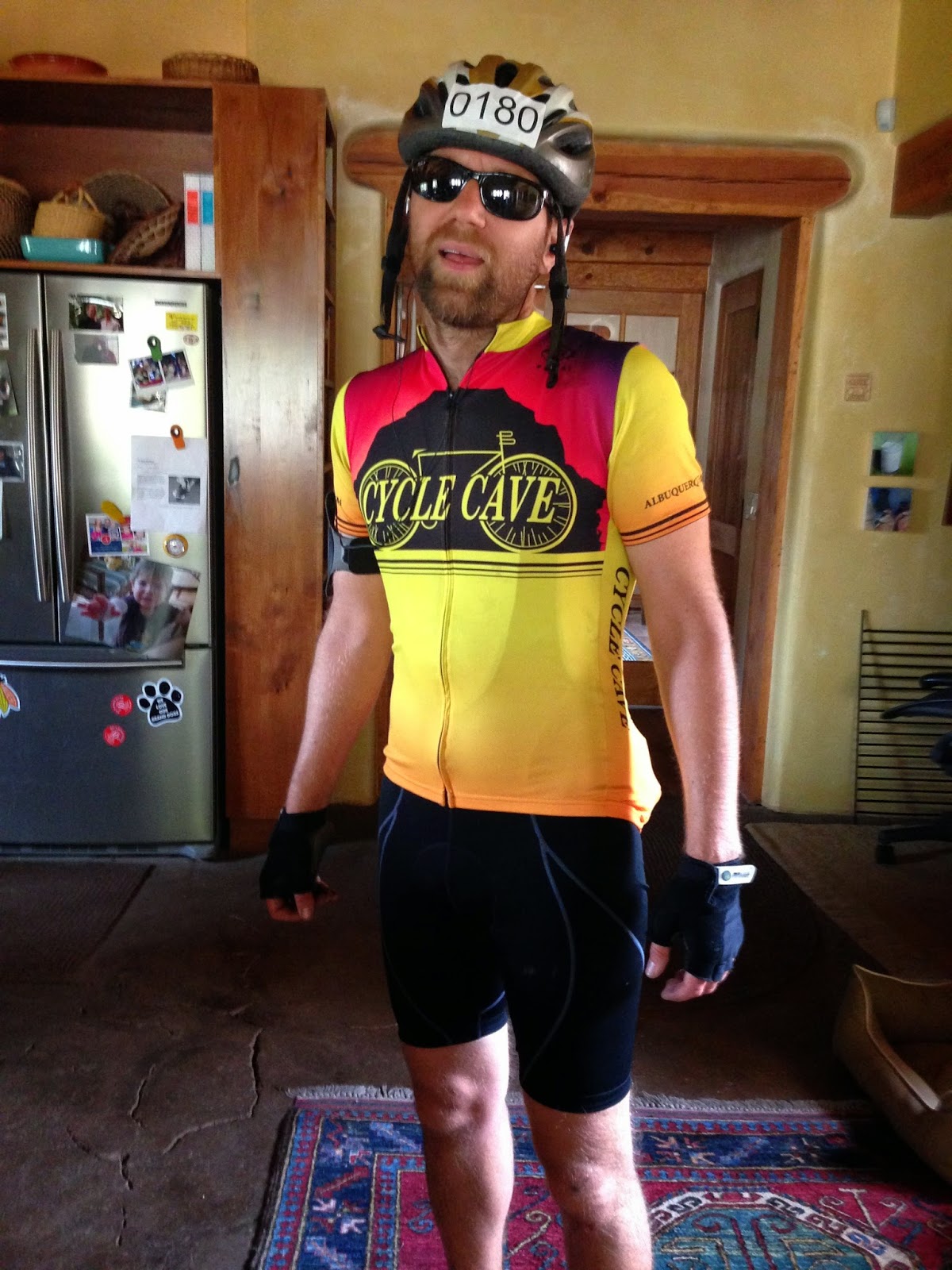 An awesome day was had by all.

When I left Maine on Tuesday, my son texted me that it was SNOWING in Albuquerque.  Just to be clear, I was leaving Maine for a visit where it's WARMER.  So I was not impressed.  By the time I arrived, the snow had melted.  It was a bit chilly, however.  Never mind.  My heart was warmed by a huge hug from my son and my granddaughter saying, "I love you, Grammy."

I was so excited to see their new house.  The neighborhood reminds me a lot of the one in St. Paul, MN where my kids grew up.  Except here, flowers are in full bloom in May, rather than just getting their leaves. 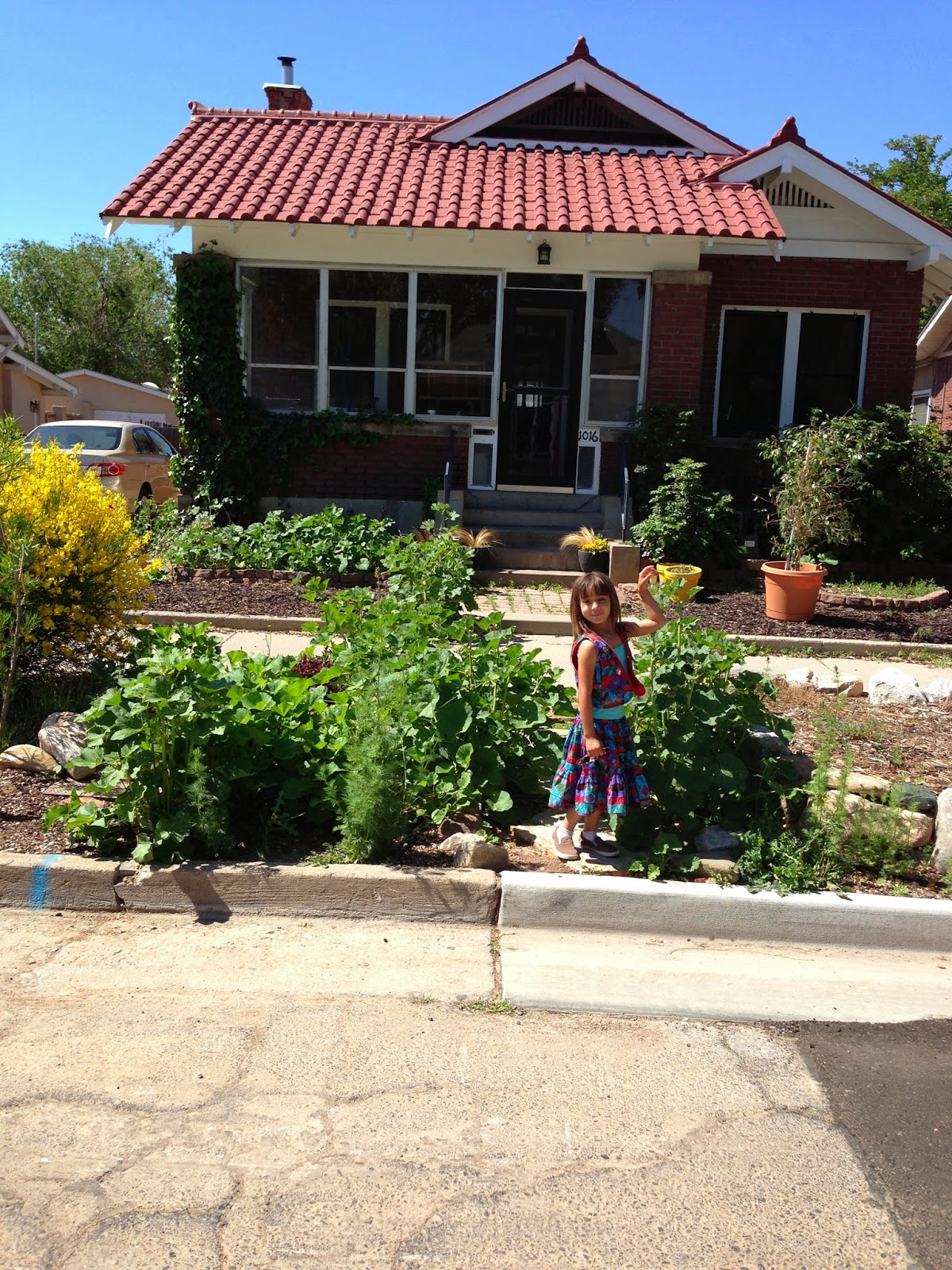 Fast forward to yesterday, my new daughter-in-law's birthday.  Alayah and I decided we would walk to Old Town, an old, historic neighborhood in Albuquerque.  It took more than half an hour because we made frequent stops to admire flowers and pick leaves for 'cabbage soup'.

Arriving at the plaza, we made a beeline for the chocolate shop and purchased a box of hand-chosen delicious candy for my chocoholic DIL  Then stopped at a sandwich shop for lunch and a photo op. 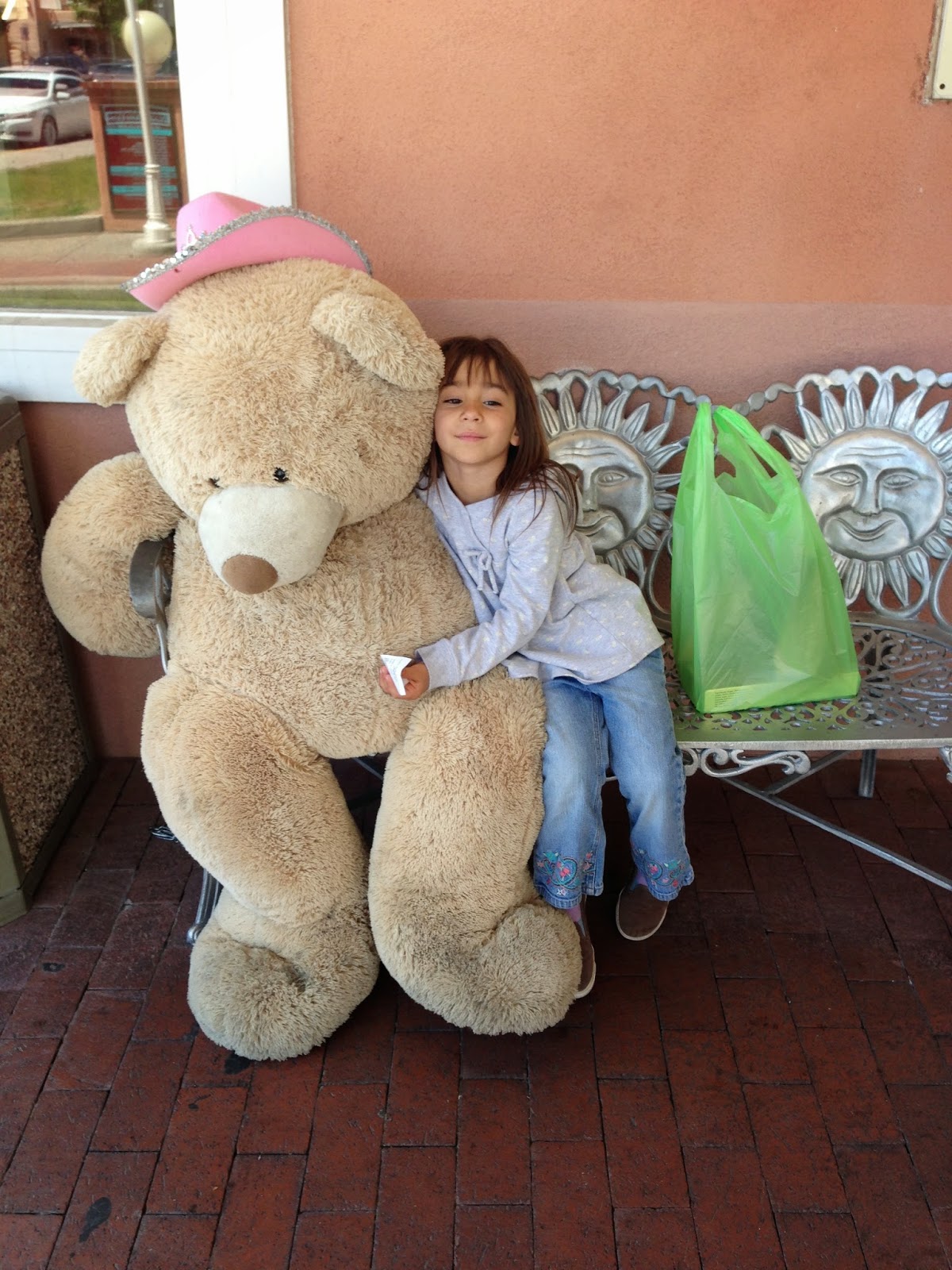 Back home, the Lukester was hard at work building the first of several raised beds for the back yard.  After much trial and tribulation, it was completed.  The three girlz needed to make a run to the grocery store, leaving the boyz to do some therapeutic planting. 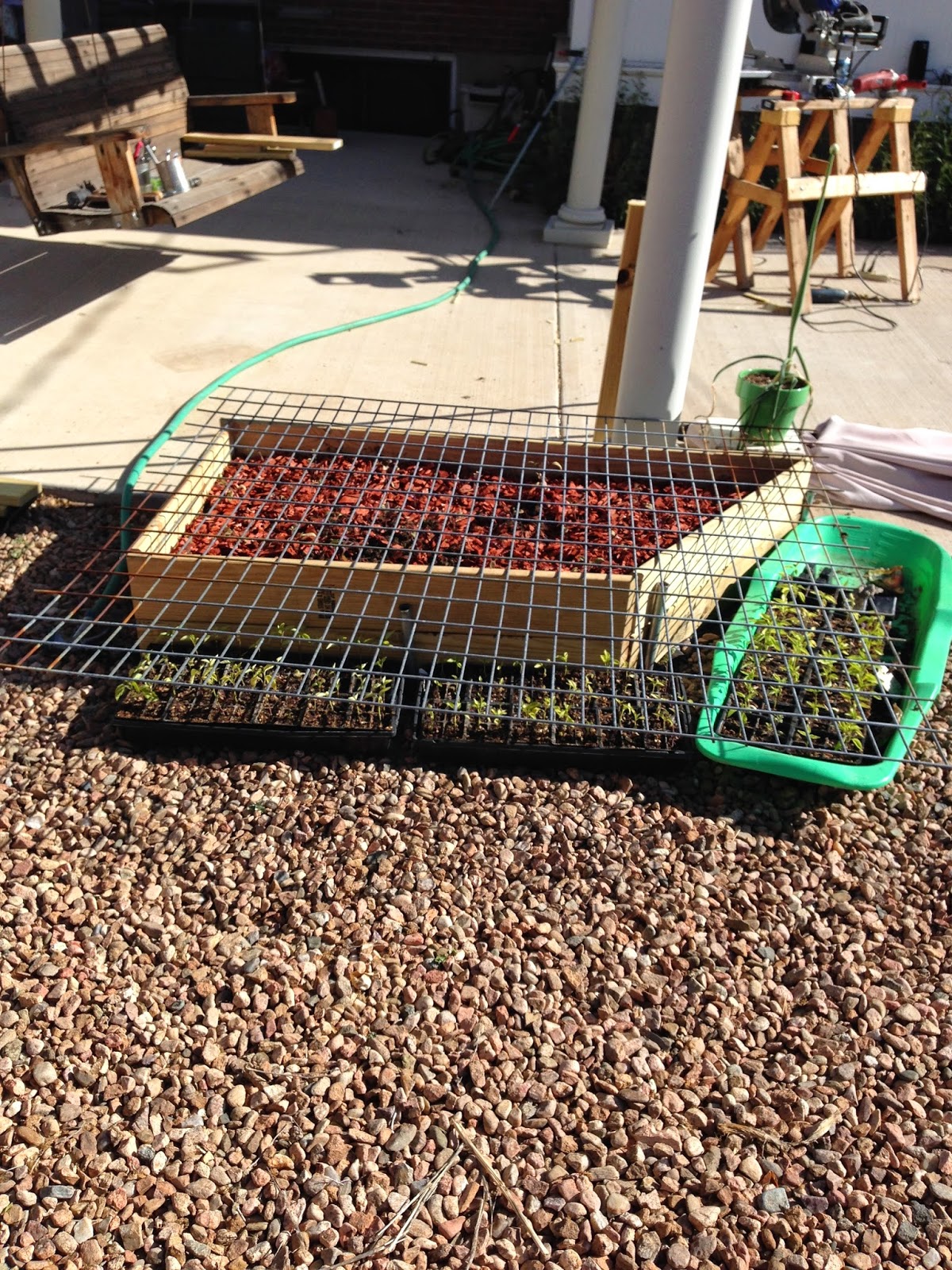 Saturday, we're off to Santa Fe where Luke will do the 100 mile bike ride and the rest of us will chill.