Just back from spending five days in Seville.  We did so much walking and had so much fun I didn't take time to blog.  So I'm catching up now.

The ferry was late arriving Friday evening, so here we are, killing time in Tangiers. 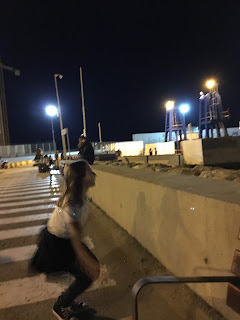 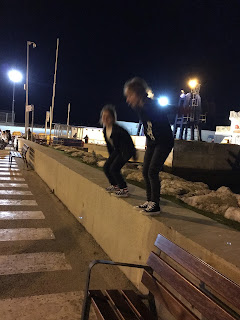 Note:  These were taken as a live photo on my iPhone, but Blogger isn't up to speed on displaying it yet.  Also had a great pic of a full moon over Tangiers, but the final frame is just a blur.

After crossing the Straits of Gibraltar, we spent the night in Tarifa at a small pension. 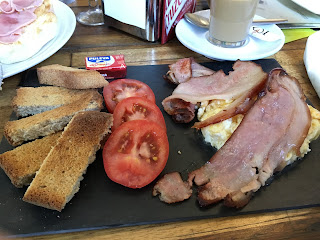 And had breakfast.  I chose scrambled eggs, huevos revueltos (which when pronounced in Spanish sounds very much like revolting eggs. But they were delish!

Two hours later we arrived in Seville.  For the next four days we visited all our favorite places.

View of Seville from the top of the Waffle 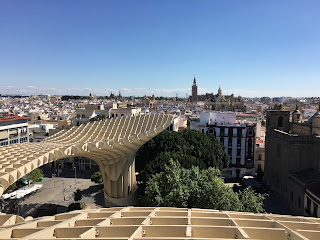 And we toured the Antiquarium, housing Roman ruins discovered during the construction of the Waffle

And we visited a new site.

The maritime museum.  Seville is the port that Christopher Columbus, Ferdinand Magellan and Amerigo Vespucci, to name a few, sailed from.

Back in Morocco now and looking forward to good times here.

I'm back in Morocco.  It's been a while since I've checked in, so here's a condensed update.

The end of last May I moved from Maine to Albuquerque, New Mexico and I'm finally settled in.  Always takes longer that I think it will.

I've been here in Morocco a couple of days.  Joe and family moved about the same time I did, so learning a new house, a new neighborhood and how to get around Rabat.  Bigger house and much larger yard.

That's right.  I have my very own balcony.

Also remembering how much I love the food here.  And the mint tea.

Went to their "dance extravaganza" last night and here are a few highlights.